Greek organizations raise $50,000 to help children who lose a parent to cancer 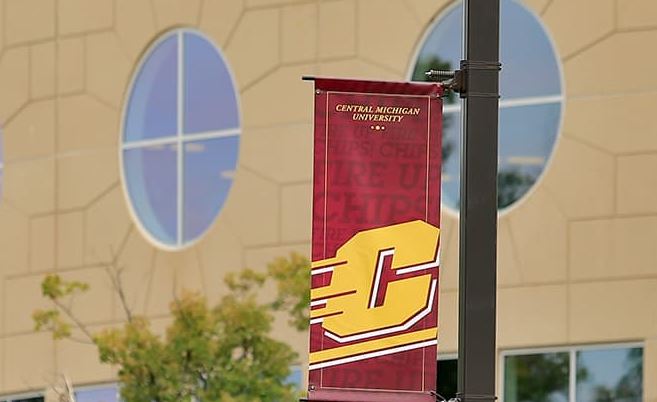 Central Michigan University’s Greek community came together to raise more than $50,000 for the Angel Wings Fund, surpassing the all-time competition record by nearly $20,000.

Money was raised at events, through online donations and a money war throughout “Greek Week,” which took place April 12 through 17.

Keisha Brown, late wife of Damon Brown, CMU’s director of student activities and involvement, founded the Angel Wings Fund in 2007. The fund provides college scholarships for children who lose a parent to cancer. The fund also lessens the burden placed on the surviving parent.

“They nearly doubled the amount of money raised last year so to see the commitment these students had and the passion they put forth was truly heartfelt,” Brown said. “It was a great way to celebrate Keisha’s legacy and her memory.”

The check was presented to Brown April 17 after the Mock Rock event, which concludes Greek Week each year. This date marked the one-year anniversary of when Keisha was laid to rest in Louisiana.

“Damon Brown is a truly inspiring man,” Greek Week co-coordinator J.D. Sterba said. “Seeing the look on his face when we revealed the total amount of money raised was absolutely unforgettable and brought tears to my eyes.”

A new partnership with the university’s multicultural Greek organizations fostered community within the Greek system and played a key role in the success of Greek Week.

This also was the first year a day of service was incorporated into the week. The majority of the CMU Greek community joined together to support a number of projects, including activities for safer sex patrol, drafting letters to veterans, creating notes of positivity to pass out on campus and distributing breast cancer awareness pamphlets across campus.

“Traditionally the Greek community has raised tens of thousands of dollars, and this year we wanted to do more,” Greek Week co-coordinator Anthony Cavataio said. “Through the incorporation of service into our week we were not only able to help out the Angel Wings Fund, but also the CMU community. We were able to leave our legacy.”

(This article was written by Heather Smith and was originally found here: https://www.cmich.edu/news/article/Pages/Greek-Week-surpasses-fundraising-record.aspx)